Significant declines in electricity prices in Australia are forecast to largely offset any impacts of the closure of the Liddell power station, according to the 2020 release of the Australian Energy Market Commission’s (AEMC) “electricity price trends” report.

“Households can expect to be paying about $120 (or 9%) less for electricity in 2023”, say the AEMC, highlighting the key reason for this as “the introduction of new sources of energy generation like solar and wind”, among other factors like gas prices that are reduced from record historical highs.

Renewable energy is highlighted in two key areas. First, for its impact on wholesale electricity prices, where renewables ‘bid’ into the market at lower values and thus reduce the final half-hour prices in Australia’s National Electricity Market.

Victoria: “Wholesale costs are expected to go down by 37.2 per cent (or $197) over the reporting period contributing -17.4 percentage points. This is driven by increases in generation capacity, particularly wind farms”

South Australia: “Wholesale costs are expected to go down by 41.0 per cent (or $349) over the reporting period contributing -18.5 percentage points. This is driven by increasing solar PV penetration, which is evident in an increase of negative prices in South Australia”

New South Wales: “Wholesale costs are expected to go down by 11.7 per cent (or $57) over the reporting period contributing -4.4 percentage points. This is driven by increasing solar PV penetration”

Second, the ‘environmental schemes’ components of electricity bills, which contain subsidies for renewables and other incentives. “Environmental costs are expected to drop by $5 out to FY22/23 due to a decrease in large-scale renewable energy costs as more renewable generation comes online”, says the AEMC. “After seeing these costs mostly increase over the past decade, they have now been projected to drop for two years running.”

The AEMC’s latest report reflects a key post-subsidy period for renewable energy. As most schemes wind down, future incentivisation will rely on government schemes that guide the development of renewables and provide certainty for private and community investors.

The NSW government’s ‘Electricity Infrastructure Roadmap’ was not modelled as part of this. The closure of the Liddell power station does, in the AEMC’s modelling, place some pressure on NSW wholesale power prices, but prices will still be lower and incorporating recent announcements would likely offset this.

“Our report shows that prices will fall over FY20/21 and FY21/22 and could increase slightly in FY22/23 if there is less capacity following the scheduled exit of some coal-fired power from the market” AEMC Chief Executive Benn Barr said. “But the outcome for 2023 prices may well be different following recent announcements on increasing renewable energy capacity in both NSW and Victoria.”

Barr explained that “our numbers do not reflect the impact those developments could have on prices”, and that “it is important to stress these are projections not predictions. Trends can change sharply in response to new policies and sudden market changes”.

Despite, this, the Daily Telegraph newspaper has published a piece by Senior Journalist John Rolfe entitled “Liddell power station: Closure to significantly add to household power bills”, declaring that “Power bills in NSW will rise by 8 per cent by 2022 following the closure of the Liddell coal-fired power station, according to new modelling”.

Though the price does increase, Barr says that “In any case, the overall figures show that prices in 2023 will still be lower than they are today”. Graphics supplied in the report clearly show the 2023 daily cost profile for NSW well below 2020 for almost all time periods bar the evening peak; with solar primarily responsible for the ‘dip’ in prices in the middle of the day: 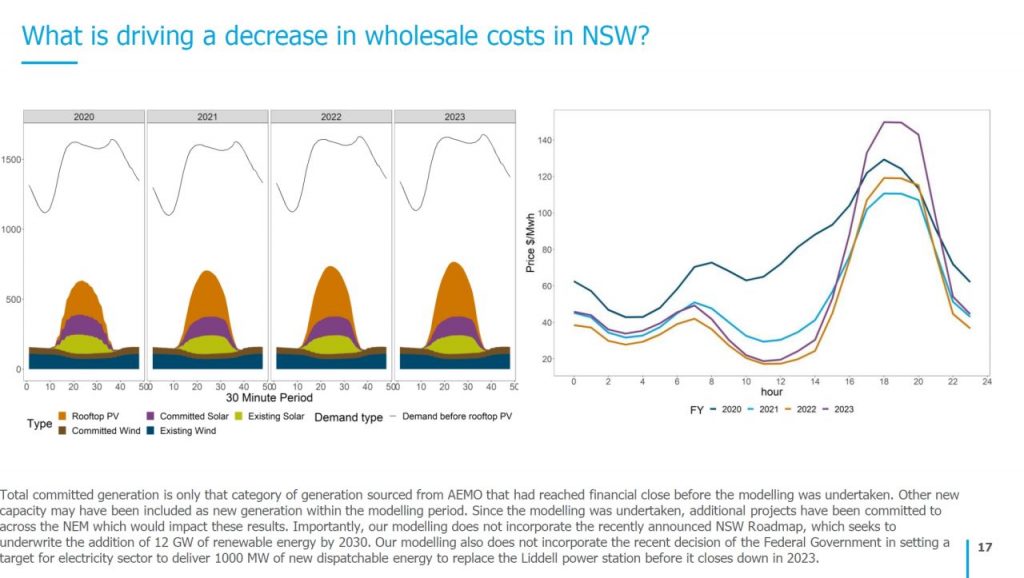 A large component of the NSW’s energy plan involves incentives for large-scale energy storage, such as hydro and lithium-ion battery storage. This would likely specifically depress the purple ‘peak’ in the chart above, and bring electricity prices down even further, in addition to the impacts of renewables clearly seen above. This is reflected in the predictions of the report.

While the report attributes a drop in gas prices to lower future electricity bills, this is relative to the significant peaks of past years. Gas prices are forecast to remain significantly higher than the lows of 2020, related to the impacts of COVID19 on demand, and roughly where they were in 2016-17. 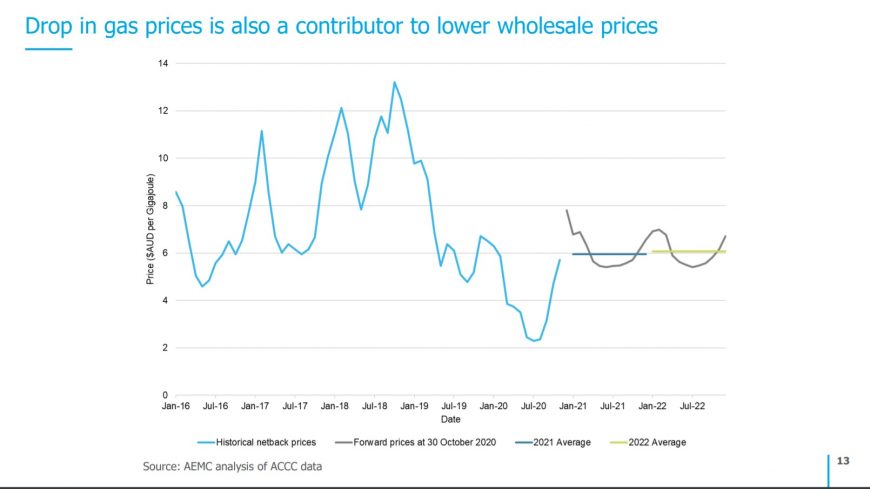 The report also highlights that it did not model the purported “1,000 megawatts” of new, publicly funded fossil gas generation in NSW, and it remains unclear exactly what the details of this federal government plan are. Earlier in the year, Prime Minister Scott Morrison suggested this quantity of capacity was required in New South Wales to replace Liddell, and later revised that down to 250 megawatts.

A report into the shutdown of Liddell, delayed by federal energy minister Angus Taylor, failed to justify predictions that wholesale electricity prices would “sky-rocket” if the plant were shut down as scheduled. A ‘backgrounder’ provided to media outlets used a truncated graph axis to exaggerate those price impacts. 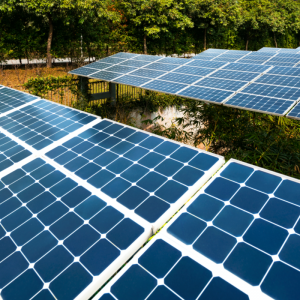 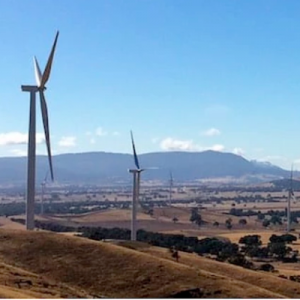 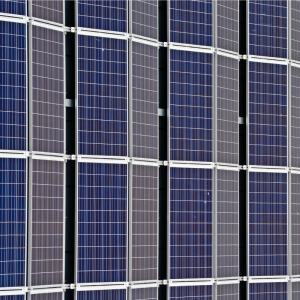 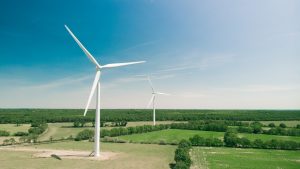